This year’s successful OxNet applicants joined a scholarly community by attending their first Study Day at Ushaw College in Durham, along with Dr Peter Claus and Professor Giles Gasper.

Students threw away the boundaries of A-level study, and became undergraduates for the first time. They learned how to analyse gobbets of texts, debated the meaning of a ‘discipline’, and considered the criteria of what truly makes a science or a humanity. For example, is there really such a big difference between Physics and History? Students split into groups to present their findings, and were given one key piece of guidance – “you have not only the right, but the duty, to disagree”. Discussions were punctuated with tours of Ushaw College, including its chapel with a secret tunnel under the floor, and a library filled with over 30,000 books.

The day finished with a guide on university admissions from Richard Petty of Trinity College, Oxford, along with a student’s perspective on being a Northerner in Oxford from Tom Clennett, ex-student of Dyke House College in Hartlepool and current student of Chemistry at Brasenose College, Oxford.

Students came away with the notion that learning is like doing a jigsaw –  although the pieces may seem unclear at times, they eventually connect to create a coherent and exciting whole. 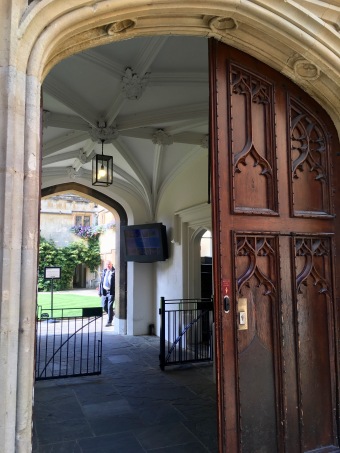 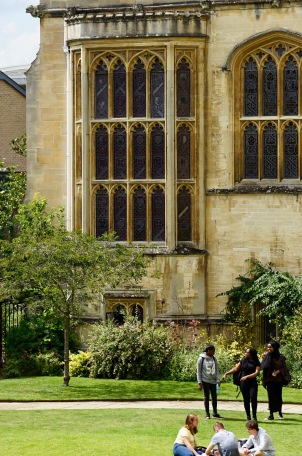 August 4th-9th 2019 sees the annual OxNet Access Summer School take place at Pembroke College, University of Oxford. Under the theme Horizons,  the scheme brings together all of the hub schools within the OxNet scheme, from London, the North-West, and the North-East, and the varied networks that they represent. These include the four strands that make up the summer school: the North-West Science Network, the END_OF_DOCUMENT_TOKEN_TO_BE_REPLACED

A little over a week ago the OxNet-Ordered Universe 2019 Easter School brought the 2019 cohort of school students aged 16-17 (Lower Sixth Form, Year 12) from the North-East, to a 2-day residential experience at Durham University. Students from Southmoor Academy, St Anthony’s, St Robert of Newminster, and Park View Academy, came together at venues around Durham including Collingwood College, Palace Green Libary, Durham Castle (University College Durham), the Institute for Particle Physics Phenomenology, and the Institute for Computational Cosmology to think about the topic of ‘Light, Colour, and the Cosmos: Exploring Themes in Medieval and Modern Science’.

OxNet North East co-ordinator, Claire Ungley shared the following thoughts on the Easter School in her report below:

END_OF_DOCUMENT_TOKEN_TO_BE_REPLACED 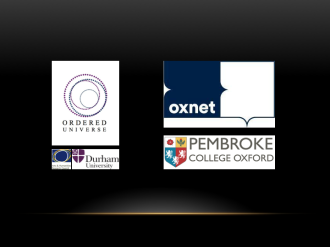 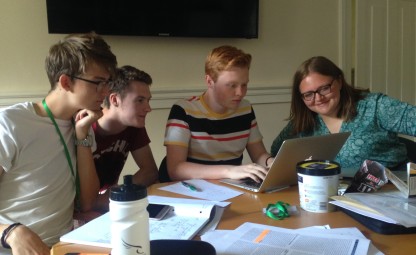 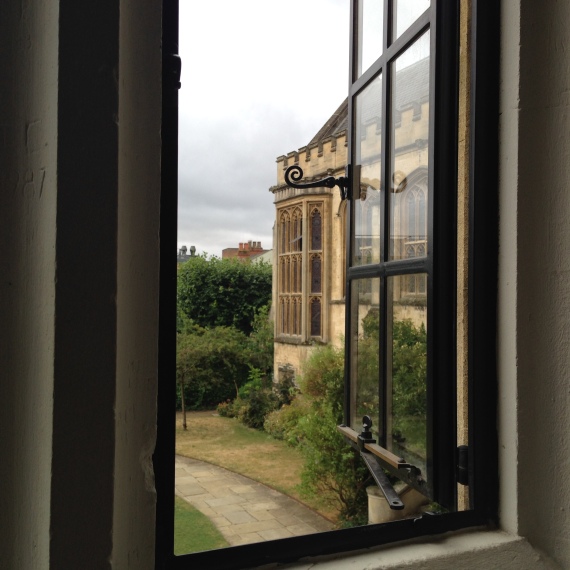 Next Monday the OxNet – Ordered Universe programme for 2018-19 launches in the North-East. Organised through the hub school at Southmoor Academy in Sunderland, the programme involves and is open to schools from across the regions. We’ll be holding a taster evening at St Peter’s Church in Sunderland, rich in its connections to the medieval heritage of the region and to the history of science – the church was once home to Bede. Join us for a tour of the church, sessions on Comets – medieval and modern, or Cultural Cosmology, with Brian Tanner, Sarah Gilbert, Jamie Irvine and Giles Gasper, from Durham University (Physics and History Departments), and, for parents a session on student life and myth-busting led by Peter Claus (University of Oxford) and Lee Worden (Durham). The sessions will give an insight into the sorts of activities we’ll run from January to July – evening seminars at St Peter’s on a wide variety of topics and subjects, a residential Easter School at Durham, and the longer residential school at Pembroke College, Oxford. Moving between science and humanities, and medieval and modern thinking, we’ll show the students what it is that we can do at university, the joys and challenges of collaboration, how to ask questions and think more deeply about the world around us. The evening will wrap up with talks from Peter Claus on the OxNet programme and its philosophy, Sammy Wright from Southmoor Academy, Claire Ungley our OxNet North East co-ordinator, two students who attended the course last year, and finally Giles Gasper introducing Ordered Universe.

A modern simulation of the early cosmos (Durham University)

Illustrating the nested spheres of light created in Grosseteste’s cosmogeny 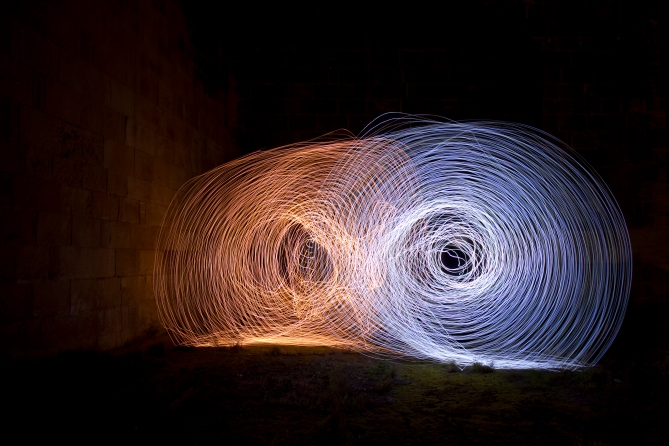 And in other news we can report a number of talks delivered by Ordered Universe members in recent weeks. Neil Lewis was at the Medieval Studies Institute at Indiana University on October 17, and gave a presentation on ‘Robert Grosseteste and the Ordered Universe:  The value of interdisciplinary study for solving textual and interpretative problems’, Giles Gasper gave a paper to the Durham University Centre for Catholic Studies Seminar on the Hexaemeron and Scientific Literacy in the Middle Ages, with a focus on Grosseteste on November 8th, and Nader El-Bizri gave two talks, on Monday 12th November at the Arab School of Astrophysics at American University of Beirut on Ibn al-Haytham, Selenography and Optical Studies on the Light of the Moon, with Ordered Universe as a model. Nader is also to be found tomorrow at the UNESCO sponsor event, ‘Une nuit de la philosophie‘ in Paris, tonight!

We are pleased to announce that we are now accepting applications from sixth form students in the north-east of England to be a part of the OxNet 2017–2018 scheme. END_OF_DOCUMENT_TOKEN_TO_BE_REPLACED 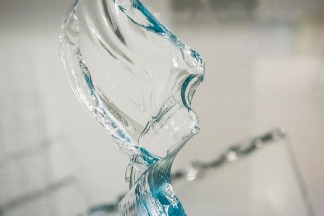 The Ordered Universe Project and OxNet have teamed up for the 2017–2018 academic year to offer an academic course for sixth form students in the north-east of England. The launch will be hosted by The National Glass Centre in Sunderland on Wednesday 22nd November, and local schools, students, and teachers have been invited to join us and learn more about the scheme and what we are planning for 2018.

END_OF_DOCUMENT_TOKEN_TO_BE_REPLACED

From the Ordered Universe themed summer school for the Oxnet Access to University scheme, a short film with some of the very talented student participants. A reminder of the  quality of their questions, and keenness to contribute and engage, and of an uplifting week in Pembroke College under the inspired leadership of Dr Peter Claus. The Oxnet programme is coming to the North-East of England this year, with the launch of a hub based at Southmoor Academy. We can’t wait!

Many thanks to David Shacklette for conducting the interviews.

A blog from Thomas Henderson, Durham University, History undergraduate, and recipient of a Laidlaw Scholarship, attached to the project for the next two years. 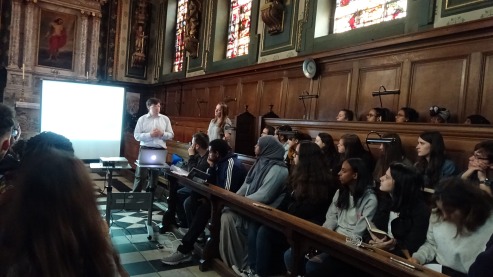 Last week, the Ordered Universe enjoyed a prominent role in OxNet Access Week summer school at Pembroke College, Oxford. Run under the aegis of Dr Peter Claus, the programme is designed to introduce sixth-formers to the realities of university life, study and research (about which more can be read in the previous post). The week’s programme took its title – ‘The World Machine’ – from the project, and placed particular emphasis on the demands of interdisciplinarity. In introducing the summer school as a whole, Giles Gasper urged the 16- and 17-year-olds to ignore the boundaries they were used to, and to shed the fear of appearing stupid or wrong – skills necessary both for interdisciplinary research and the transition from further to higher education.

As such, the separate streams of Humanities, Science and Theology, though operating in parallel, were regularly combined in shared lectures given by members of the Ordered Universe project: Hannah Smithson lecturing on colour perception, Tom McLeish on the role of inspiration in scientific research, Richard Bower on Cosmology, medieval and modern, and Giles Gasper on the Grosseteste’s life, times and scientific output. Working in the college’s chapel, Alexandra Carr produced an arresting light-based multimedia sculpture; an impressive achievement considering her short time frame. This, along with her talks given with Giles Gasper encouraged the students to think about their subjects in more creative, original ways.

In addition to this broad interdisciplinary approach, the Ordered Universe had its own teaching strand. This centred on collaborative reading of Robert Grosseteste’s De luce and De colore, along with lectures, and a successful seminar on sound given by Joshua Harvey. More intensive tutorials were run by Ordered Universe contributors Joshua Harvey and Tim Farrant, with Tom Henderson and Alexandra Haigh together tutoring a third group. Though the work was undoubtedly challenging, the sixth-formers rose magnificently to meet it, making insightful contributions. It was immensely gratifying for tutors to watch as the students grew in confidence over the course of the week, taking to heart Giles Gasper’s assurance that “there are no stupid questions”.

Students’ feedback showed that, while they found the work more difficult than they were used to, their experience of the Ordered Universe project had been immensely rewarding. It was clear that they had internalised the projects principles, looking beyond narrow conceptions of individual disciplines to be more curious and adventurous in their thinking.

Next week marks a new line of activity for the Ordered Universe project, and one that has been some time in planning and design. In a nutshell, the project will form part of an award-winning scheme to encourage access to university from school pupils, particularly those from disadvantaged and non-traditional University application backgrounds. The approach of the OxNet scheme  is to use an academically intensive, subject driven programme to inspire, and to stretch and challenge those who take part: which Ordered Universe fits into very nicely. All pupils who participate in the scheme are encouraged to think about and engage with subjects they may not have considered studying, and to raise their academic attainment by taking part in sustained intellectually challenging programmes.

The OxNet scheme which began in Pembroke College, University of Oxford, under the guidance and inspiration of Dr Peter Claus, runs through hub schools – currently in, for example, Hackney, Manchester and Chester. These host a series of activities for a group of students from surrounding schools in their lower sixth year, in connection with the main organisation in Oxford and other universities (including Durham and Manchester). The normal pattern for a strand is a 6 week seminar series (2 hour seminars), a weekend Easter School and a week-long Summer School. Other activities organised by the hubs spin off around this, with subject centres, for example in Theology and Classics, and wider community engagement.

Ordered Universe will feature in the OxNet Summer School next week, with its own strand, designed around the treatises On Colour and On Light. Regular contributors to the project, Giles Gasper, Josh Harvey, Tim Farrant, Hannah Smithson, Tom McLeish and Peter Claus will be running the collaborative reading sessions, lectures and talks on aspects of the project, and smaller group assignments. We will be joined by Thomas Henderson, an undergraduate historian from Durham and recipient of a Laidlaw Research Scholarship and David Shacklette of Pembroke College. In addition to this line-up, Alexandra Carr, one the creative partners of Ordered Universe, and Artist in Residence under a Leverhulme Trust scheme (Sculpting with Light), will be resident throughout the summer school. She will be working with the students and members of the team, and creating a temporary art installation in college.

It is a great privilege to take part in the OxNet scheme. Research-led strands are a new venture, and the Ordered Universe is the principal partner for a new hub school for the North East: Southmoor Academy in Sunderland. The newly appointed co-ordinator Dr Kataryzna Kosior, an expert on Renaissance Poland, will be participating in the summer school, and we look forward, very much, to working with her, Matthew Garragan and Peter Claus, and all of the students who will be taking the Ordered Universe strands over the next three years. As we know, collaboration is both rewarding and time-consuming; the core research from the project will influence directly the content of the OxNet-Ordered Universe programme. Paradigms are there to be shifted, challenges to be met and mastered, and fresh, dynamic insight to be taken from Grosseteste’s writings and our modern analyses.