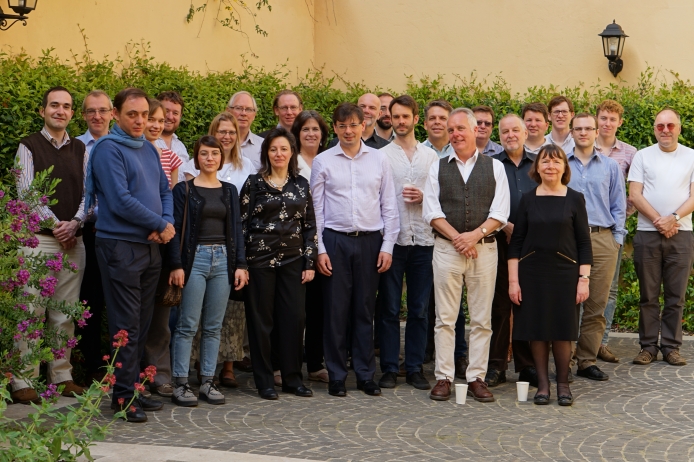 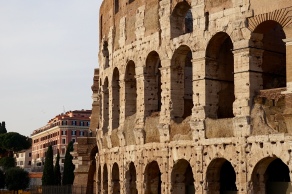 The Ordered Universe project enjoyed an excellent collaborative reading symposium in Rome at the beginning of this month, 4-8 April. Some 26 of the group gathered in the eternal city, under the local care of Cecilia Panti and her colleagues from Università di Rome, ‘Tor Vergata’, especially Clelia Crialesi. The symposium took place in the University of Notre Dame, Rome Global Gateway. We made full use of its excellent facilities, and were treated to a very hospitable welcome from the director, Professor Ted Cachey and events administrator Krista de Eleuterio.

The principal object of our collective deliberation was Grosseteste’s treatise De sphera, On the Sphere. Composed at some point in the later 12teens, possibly around 1216/17, the treatise is amongst the longer of the scientific works. It is a basic guide to astronomy and remained a popular work, although not to the extent of the contemporaneous work of the same title by John Sacrobosco (Holywood). The relationship between Grosseteste’s work and that of Sacrobosco will form the basis of more extended analysis at the next Ordered Universe symposium. Both men were responding to texts which were changing western medieval astronomy, from tables of astronomical data from Arab writings, to translations  of Ptolemy’s Almagest, and, more importantly, epitomes and explanations of this complex treatise.  These included the Elements of Chronology and Astronomy of the 8th century Persian astronomer, Al-Farghani, and the works of the 9th century Thābit ibn Qurra.

Grosseteste’s De sphera is in most cases a relatively straightforward discussion of his subject. It moves through a general account of the form of World Machine, celestial and terrestrial co-ordinates, the motion of the sun, ascension of the zodiacal signs, effect of the solar motion of the earth’s climate and planetary astronomy including the motion of the moon and solar and lunar eclipses. Within an exposition of astronomical principles so clear that our cosmologists suggested they could teach a current first year course using the treatise (mutatis mutandis its intended audience), it was possible to see Grosseteste engaging with other complex issues. Questions about the division of the world into different climes (geographically rather than meteorologically defined) and how to balance classical authorities with newer learning emerged. The encounter between the physical universe proposed by Aristotle and the mathematical universe proposed by Ptolemy also gave to Grosseteste a great deal of food for thought. The tension between the physical and mathematical provided a sub-text running throughout the treatise, more and less obviously. 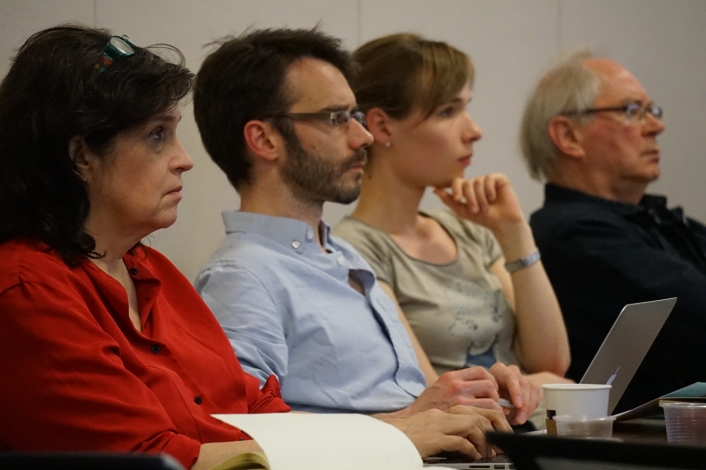 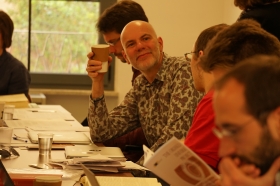 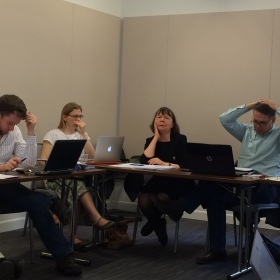 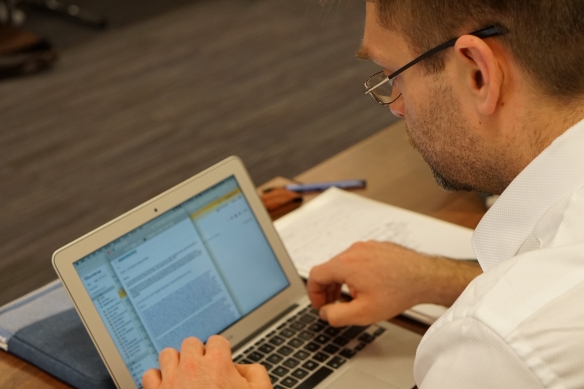 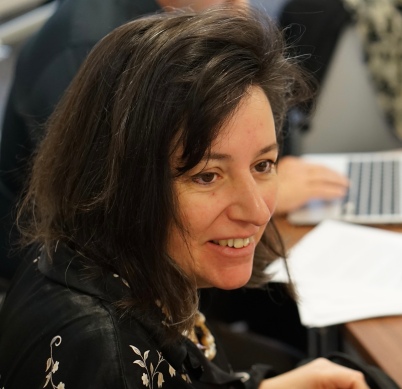 The Ordered Universe group completed the reading of the whole text, refining Sigbjørn’s excellent translation, built on Cecilia’s edition of the treatise. We began too, to debate the issues involved – how to visualise the material (a few of the manuscripts within the tradition do include diagrams), the medieval sense of how the globe was inhabited (confined to the northern hemisphere), the implications of practical and theoretical approaches to astronomy, then and now. Here is Richard, tracing the climes and oceans of the medieval world:

De sphera is in a different mode the treatises on the liberal arts, or on the generation of sounds (De artibus liberalibus and the De generatione sonorum). Nevertheless, the same interests in words and their meaning, the geometry of the world around us, and the capacity to engage with a wide variety of sources are all apparent. As Grosseteste shows just at the beginning too, with a short invocation of Genesis, medieval science is concerned to trace the divine in creation, and to trace creation to explicate Scripture.

We then moved onto the Compotus correctorius, Grosseteste’s bravura treatise correcting the Christian calendar of his day. Drawing on Phillip Nothaft’s elegant translation we looked in detail at several of the chapters most connected to calendrical problems. These included the merits of the Islamic calendar, the problems in relating lunar cycles to solar cycles and the equinoxes, and all of the issues of a moveable feast – Easter, whose date is calculated around Passover. Phillip introduced the group to medieval time reckoning, the developments of the 12th century in this respect, and Grosseteste’s place within that tradition. The treatise itself was a wonderful example of science in action; Grosseteste’s astronomical learning put to physical, and liturgical, and therefore salvific purpose. The whole translation will be made available in the resources section of the Ordered Universe website, in advance of a new edition and translation by Alfred Lohr and Phillip.

The final sessions of the programme involved a re-cap of Ordered Universe activities, many and varied as readers of the blog will know (!), and a review of progress on the writing projects for the first volume in the planned series of Grosseteste’s scientific works. Joshua Harvey treated us to an expert paper on his experiments connected to the De generatione sonorum, which will be worth watching out for. He used members of the group as guinea pigs in this respect. 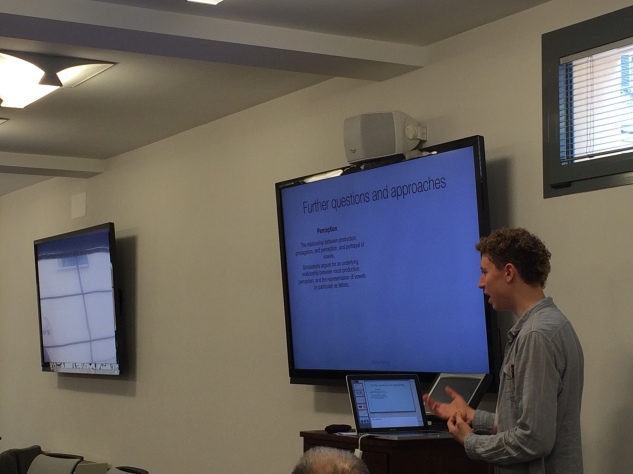 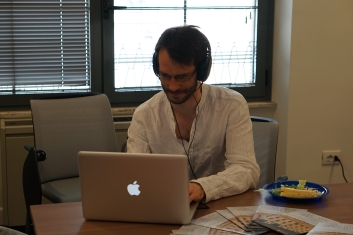 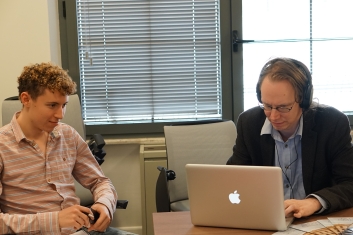 The symposium was a great success, mind-opening and stretching as always, and a constant reminder of the capacity of medieval thinkers, and the humility, as well as expertise, needed to understand them. Grosseteste may never have been to Rome, although he may have planned to accompany his pupil Adam Rufus of Oxford/Exeter on his journey to the city in 1230/31. It was a magical experience to be there.