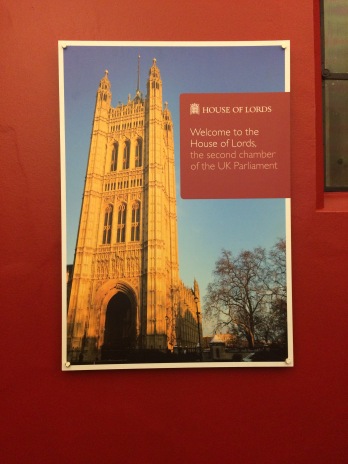 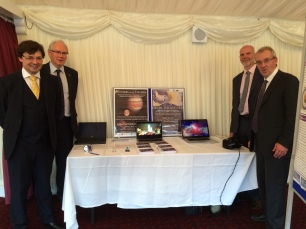 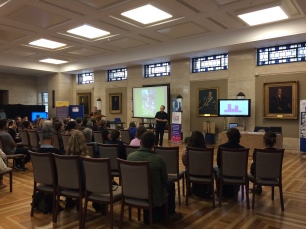 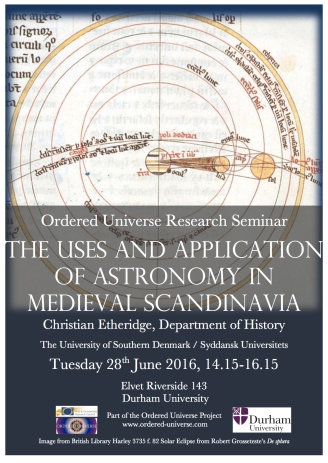 It has been a period of some activity for the Ordered Universe. Brian Tanner delivered a talk on the project at Ustinov College, Durham, which took place on June 8th (this will the subject of a separate post). Then, fresh from our new partnership and collaboration with colleagues in Brussels on 15th-16th June, various members of the team took part in a presentation of the project at the House of Lords. Ordered Universe’s commitment to the Being Human, Festival of Humanities was affirmed by the news that we were successful in our bid for an event next November Heaven’s Above. This will feature research on human perception and the cosmos from Ancient Babylon to the latest galaxy modelling from Durham University’s Insitute of Computational Cosmology. In a similar connection we enjoyed, in Durham, a masterful lecture from Christian Etheridge of the University of Southern Denmark on the uses and application of astronomy in medieval Scandinavia.

The House of Lords event, on 23rd June, was part of the celebrations for the 10th anniversary of the Institute of Advanced Study at Durham. We were very pleased to be asked to showcase the Ordered Universe, as a model of interdisciplinary engagement. We were, in this way, able to acknowledge the considerable support given to the project by the IAS over a number of years, through Fellowships (most recently held by Richard Bower and with Hannah Smithson to come in Spring 2017), seminar and workshop facilitation, hosting of events connected to the World Machine at Durham Lumiere 2015, and in our wider discourse on the nature and challenge of interdisciplinary research. Hosted by Lord Henley, the event was a great success and featured three projects, including Hearing the Voice and Ordered Universe. Richard gave a series of guided tours of the universe with his oculus rift display unit, we mounted a poster display of Grosseteste, his life and times, works and our analyses, and some hands on experiments and multi-media presentations. Brian Tanner, Tom Mcleish, Richard and Giles Gasper represented the team. 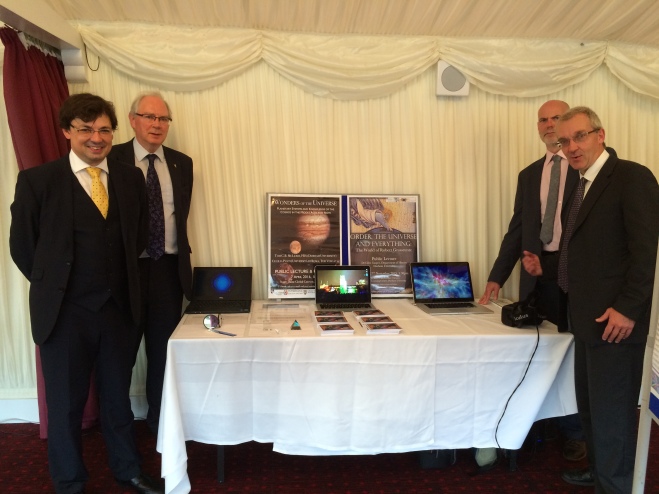 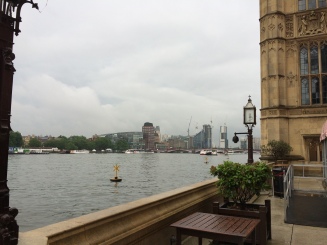 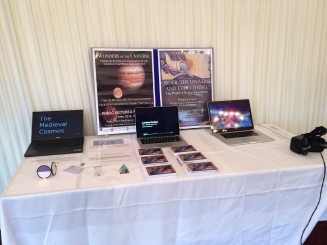 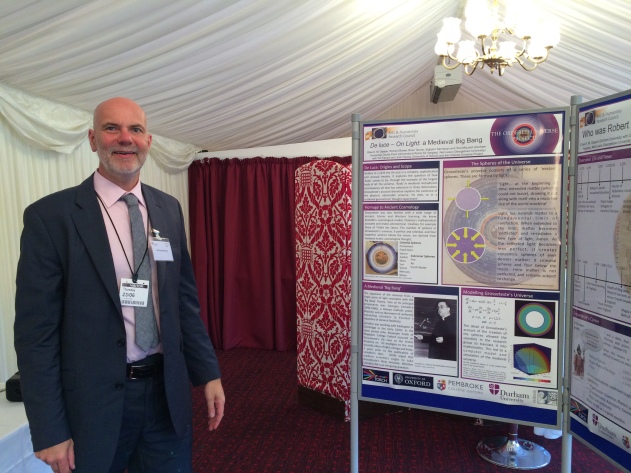 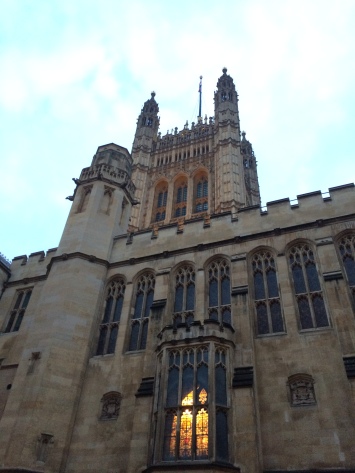 A few days later, Giles attended the Being Human Festival of Humanities 2016 Showcase and launch at Senate House in London. A very valuable session sharing experiences of the Festival with other organisers from the last two years in the morning was followed by the official launch. This involved a lecture from Professor Lyndsey Stonebridge (UEA) entitled ‘Why burn books?’ and talks and pop-up performances  from the Being Human festival in 2015, including ‘Cyberselves’ from Sheffield Robotics, ‘The Quantified Romantics’ from Aberystwyth, ‘Defining Digital Dickens’ from Buckingham and ‘Frankenstein Begins’ from Dundee. The performance of Windsongs of the Blessed Bay, from Swansea was particular moving, as too the Graveyard Voices project from South Wales. And a robotic visitor from UCL’s Engineering department called roam.io who almost had the last word of the event. 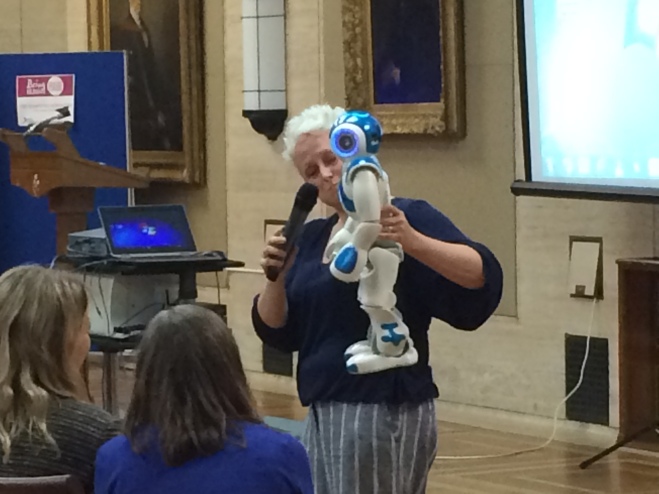 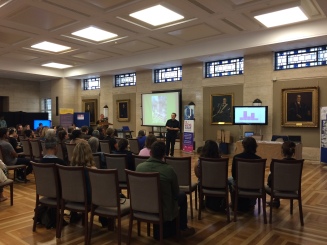 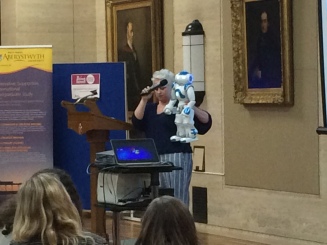 To conclude the round-up of events we were treated to a presentation of astronomy and astronomical science in medieval Scandinavia from Christian Etheridge. A tour de force, the lecture moved from Viking navigation devices to the end of the Middle Ages, from Sweden to Iceland, and from library collections to practical experiments. Far from being a peripheral area within medieval Christendom, Christian showed the intimate connections of its intellectual resources and results with the regions further south, and the questions that Grosseteste explores. A very busy few weeks – with more to come! 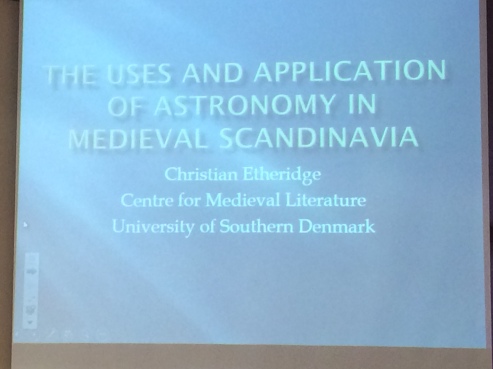 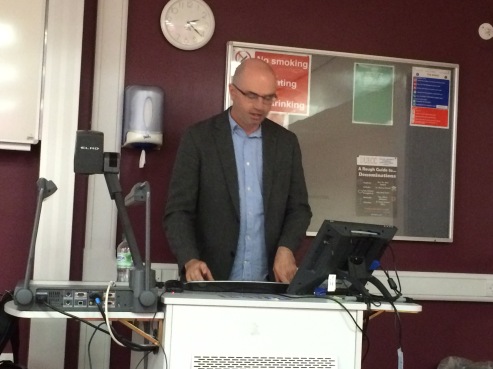